Great races (and atmosphere) at the Hungaroring Classic

It was a special weekend, spent in a special atmosphere with the participation of special race cars from the sixties, seventies and the eighties.

There hasn’t been similar event in Central Europe and it was a great idea to bring it here. There is no better proof for that, than the great number of visitors (altogether 24 thousand people were interested in the event in all three days, 13 thousand guests visited the grandstand and the paddock only on Sunday), the 160 foreign racers, who refer to the Hungaroring Classic as the best race of the year, as well as the 600 collectors, who were very happy that they had a chance to exhibit their great treasures. 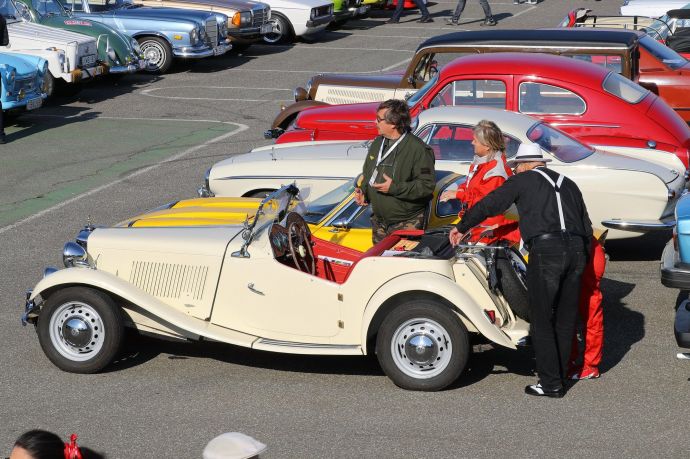 Hustle and bustle was going on all day in the paddock and the parking lot loaded with beautiful old timers, ladies in hats and gents in ties and tweed jackets were chattering with each other, live music was on stage and on the march of the clubs everyone had a chance to do a round on the race track of the Formula-1, who’ve never had a chance to do it before, especially not with such cars.

The event was followed by 180 Hungarian and 30 foreign journalists and the races were streamed online, hence anyone could join the broadcasts live from any part of the world.

Certainly, the main attraction of the weekend was when the race cars of the sixties, seventies and eighties fought against each other in eight categories at the asphalt of the Hungaroring.

This was a new experience for the pilots, because most of them do not know this course. After Monza, what is called the temple of speed, the Ring has tricky, demanding turns, what needs different adjustments and driving style. 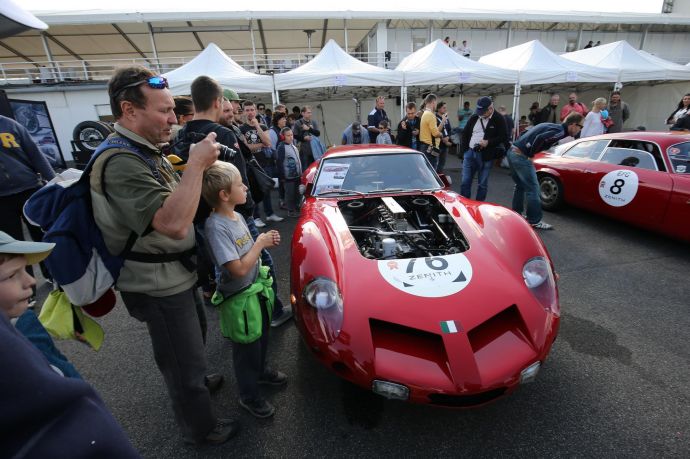 With the adjustment of the Group C cars the greatest possible downforce was achieved, the rest of the racers (who did not have this option on the car) simply adjusted to the different circumstances with their driving styles.

The five-time winner of the Le Mans 24 hour run, Emanuele Pirro, who got in the ring with an Alpha Romeo T33 in the CER1 category summarized the events as follows: “I really enjoyed driving on this track. Slippery asphalt is to our cars’ liking, we could drift well at the turns. The circumstances and the organization was simply fantastic. The last two times, I visited the Hungaroring as a Formula-1 sport supervisor, I am glad that I could return here as a racer this time.”

He maintained his opinion, though he had to quit both CER1 and CER2 category races, because as he put it about his car: “With such old ladies, it is better to stop if we do not know the problem, than to continue and make a bigger problem.” 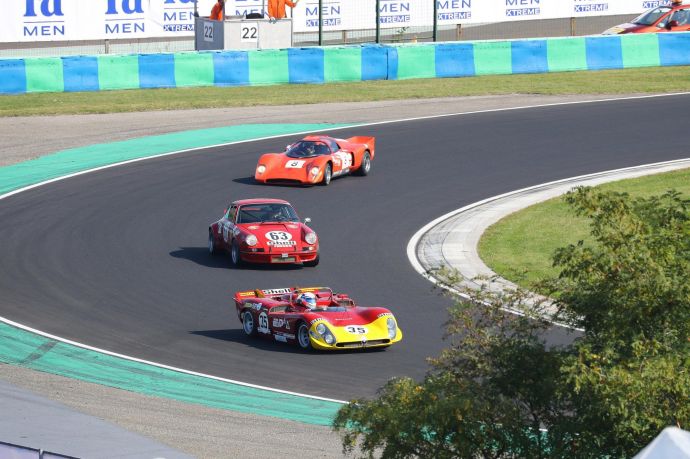 Hence, victory was taken by a beautiful Chevron, with Martin O’Conell at the steering wheel and he as well won the Endurance Racing 1 Sunday morning.

The most valuable car of the field, the Ferrari 250 GT Breadvan, which was admired by all spectators during the weekend (its value is ten million Euro, because there is only one built in the whole world) fortunately also fell out of the Trofeo Nastro Rosso category. Here the winner was a beautiful and graceful Maserati T61 from 1960 driven by Guillermo Fierro.

On the Group C category race the Mercedes C11 and Kriton Lendoudis was undoubtedly the fastest of the field. As we previously referred to it, this is the Sauber Mercedes, which has Michael Schumacher’s name on its side, because the legendary German pilot was testing and developing this model for a year. If this race machine gets on the track, it is always fast as hell, now it was almost one and a half lap faster, then the second place Porsche 962C. 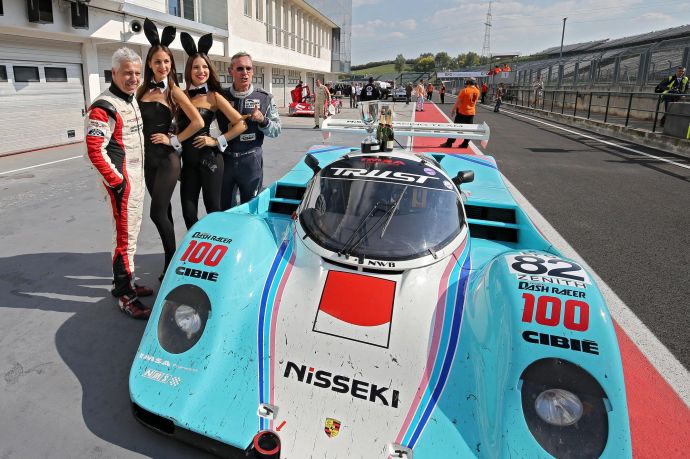 The Heritage cup was at the end, and was full of drama: Sean Brown was leading for a long time with a 1975 Ford Escort, but at about the middle of the race its left front wheel simply got torn out. The safety car arrived and the pit stops followed, which really mixed up the lines and finally victory was taken by Dominik Roschman and his BMW 3.0 CSL using the opportunities well.