Hat and tie competition – here are the details!

Ladies in pretty hats, the gents in ties or scarfs – these accessories were inevitable at the car races of the sixties and the seventies.

A real dame or a real gentleman never appeared without them in public – especially not on a car race, what was considered to be a gentlemen’s party, where extremely brave and especially daring men fought with each other and with the stopwatch, while the audience was drinking champagne in the depot.

The Hungaroring Classic being held at the Mogyoród Formula -1 race track at Mogyoród evokes this era, not only with the race cars of the sixties, seventies and the eighties fighting on the asphalt stripe, but by the contemporary style as well.

For this very reason, the organizers of the Hungaroring Classic announce a hat competition for the ladies and tie/scarf competition for the gentlemen. The winners will be awarded valuable prizes, the president of the jury will be the beautiful former model, dr. Enikő Sütő.

Who could better understand the world of fashion, then her?

“The emphasis of this competition will be on creativity, humor or elegance, not really on professionalism” smiled dr. Enikő Sütő, when we asked her about the hat and tie competition. “The organizers of the Hungaroring Classic evoked this unusual car race with a tradition creating purpose, what would not really address women, but it might be interesting for them, that the organizers do not only evoke the contemporary car races, but their whole atmosphere. It will be exciting to travel back in time with the clothing. In the sixties and seventies in Hungary, people were just watching yearningly the foreign movies to learn about the fashion in Paris, New York and London. On this event everybody will have a chance to evoke this era by the dresses and accessories. The winner of this special competition will be announced Saturday afternoon.” 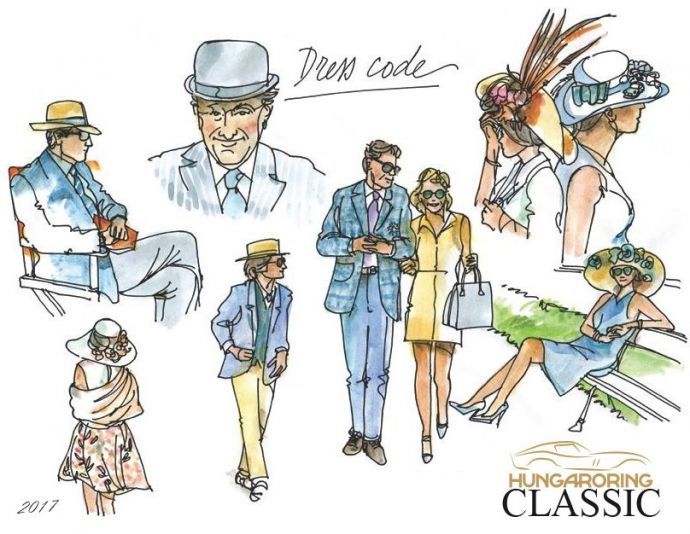