Hungaroring Classic: The countdown has started

Graceful Lotuses, happy Beetles and elegant Mercedes’s are lining up at the river bank of the Danube – all from the sixties, seventies and all in perfect condition.

Anyone who passed by stared at them for a while, the drivers on the lower quay slowed down purposely, so they could enjoy the sight longer. You cannot often bump into such classic cars downtown. From Friday till Sunday the same cars will go round and round on the Mogyoród Formula-1 asphalt stipe, at the Hungaroring Classic event.

The press conference of the event was held at the Duna Yacht Event ship, and the above mentioned cars were parking in front of the ship and around them, elegant ladies were seen in contemporary fashion dresses.

The Classic Endurance Racing is being organized since 2004 in its present form – gathered together the historic series, the races of the classic cars from the heroic age of car sport. We can see for the very first time these classic, contemporary cars in Central Europe in live, under race circumstances, while they are fighting fiercely with each other on the legendary asphalt strips of the continent and from now on, at the Hungaroring as well.

“The Hungaroring is considered a regular track on the racing circus. It is the third location after Monte Carlo and Monza, which is continuously present at the race schedule of the F1. Compared to the age of the race cars which will do the laps on our asphalt stripes weekend our race track is refreshingly young” smiled Zsolt Gyulay, the President – CEO of the Hungaroring Sport Zrt. “This event is a gap filler from the point of view of the course and the Hungarian car racing. The lovers of classic cars can find their expectations here. It would be great to create a tradition because it could greaten the reputation of the track as well as car sport.”

The idea, to bring this series to Hungary was born in Balázs Szalay’s mind, when the Dakar racer and his co-pilot, László Bunkoczi visited the legendary” feast of speed” in Goodwood last year. 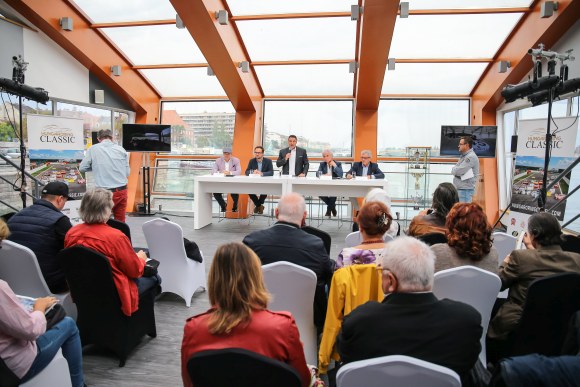 “One hundred and twenty thousand people were crowded on the track, many in contemporary clothes, and we were walking among cars which I remembered from the collectible car cards of my childhood. I almost instantly decided, that we must set up a similar event in Hungary and I found a great partner in the person of Tamás Rákosi. We made a great decision, the event is surrounded by great interest” revealed Balázs Szalay.

What did Tamás Rákosi had to add to Szalay’s report? He said, that this event will be a milestone in the history of Hungarian car sport, and they would like to create a tradition, so maybe the Hungaroring Classic will be mentioned among the famous classic car festivals once. 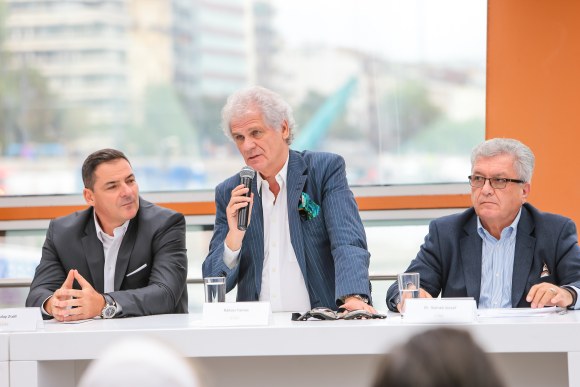 “Driving, racing and the smell of burned gasoline is our passion, our big dream is coming true with this event and we would like to create a family car sport festival” said Tamás Rákosi, the other managing director of the Hungaroring Classic. “I remember when I was ten, I was allowed sit on the wheel of Jim Clark and it was a great experience form me. We would like today’s kids to experience this, to have a chance to go close to these wonder cars. By walking in the paddock of the Hungaroring, the quests and fans can experience the contemporary era, because we ask the ladies and gents visiting this event to represent the style of the sixties and the seventies by wearing contemporary clothing.” 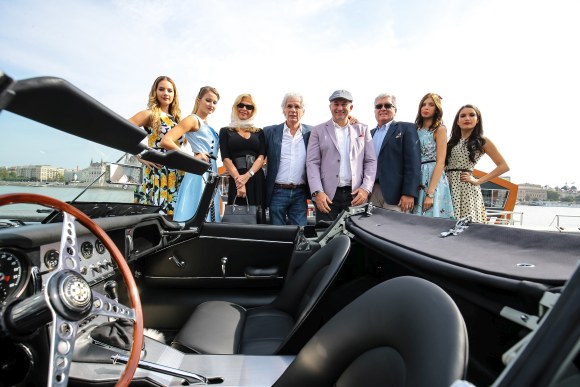 József Szórád, the sales manager added, that the Hungarian clubs and clubs of the surrounding countries and exhibitors show great interest in the event. The fifty exhibition spots were quickly filled in and compared to the fact that originally 500 clubs’ application were expected, almost six hundred clubs applied for the event by now. Pierre-Antoine Lecoutour, the sport director of Peter Auto, who has been organizing this international event for 14 years arrived to Hungary for a press conference. He revealed, that 150-160 race cars will start on the races from Friday till Saturday including GT cars of the fifties, legendary F2 cars, sports cars of the eighties, which were main characters of the 24 hour races of Le Mans. One of the greatest names is the five-times Le Mans winner, Emanuele Pierro, who spent three years in the Formula 1 too. 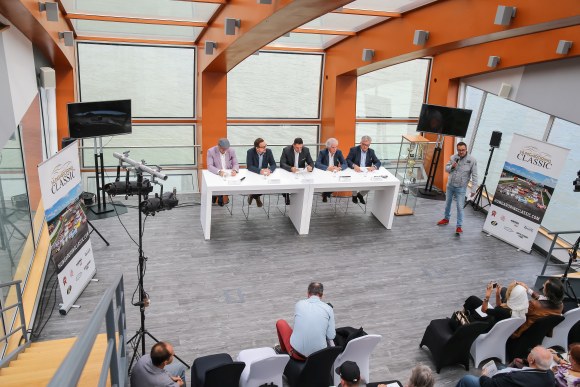 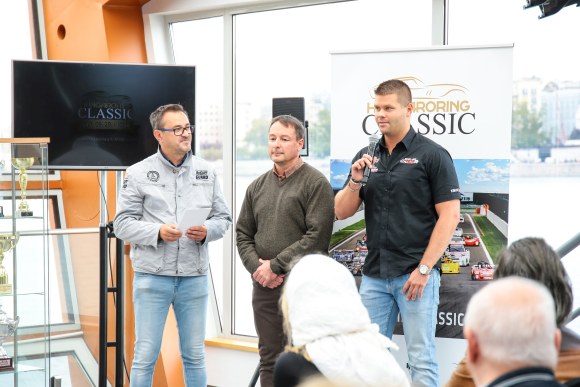 The seven-time absolute rally champion, János Tóth Junior also spoke on the press conference (he will drive a Peugeot 404) and the all-time Hungarian champion, Attila Ferjáncz’s son, András Ferjáncz also spoke. He will drive a Renault 17 Gordini, just like his father won his two championship title with. They both will be lead car pilots on the event.