Special journey into the era of the classic cars

Beaming faces, gala make-ups and hairs, twirling skirts, street musicians – and certainly the main protagonists of the weekend: historic racing cars from the sixties, seventies, eighties, which the drivers fought fierce battles with on the surface of Hungaroring in Mogyoród. It was this year’s Hungaroring Classic, 45 thousands of people were interested in it during the three days. So we can announce confidently that after two years it was again a huge success.

The whole weekend was like a retro film shooting or getting into a time machine. Atmosphere of the sixties was reflected in the clothes, the music and the cars as well. There were a great deal of cars, because 780 club cars registered for Hungaroring Classic. In addition, many interesting programmes made Sunday more colourful, such as the fashion and rockabilly show recalling the atmosphere of the sixties and seventies, or the car beauty contest, in which the winners were awarded in seven car and five bike categories based on the jury’s and the spectators’ votes. In the Best of Show category a Mercedes Benz 190 Evo I claimed victory that ran only 900 kilometres. It is fully scratch free and only one car was built from this type for a Japanese owner with automatic gear-box – this one. 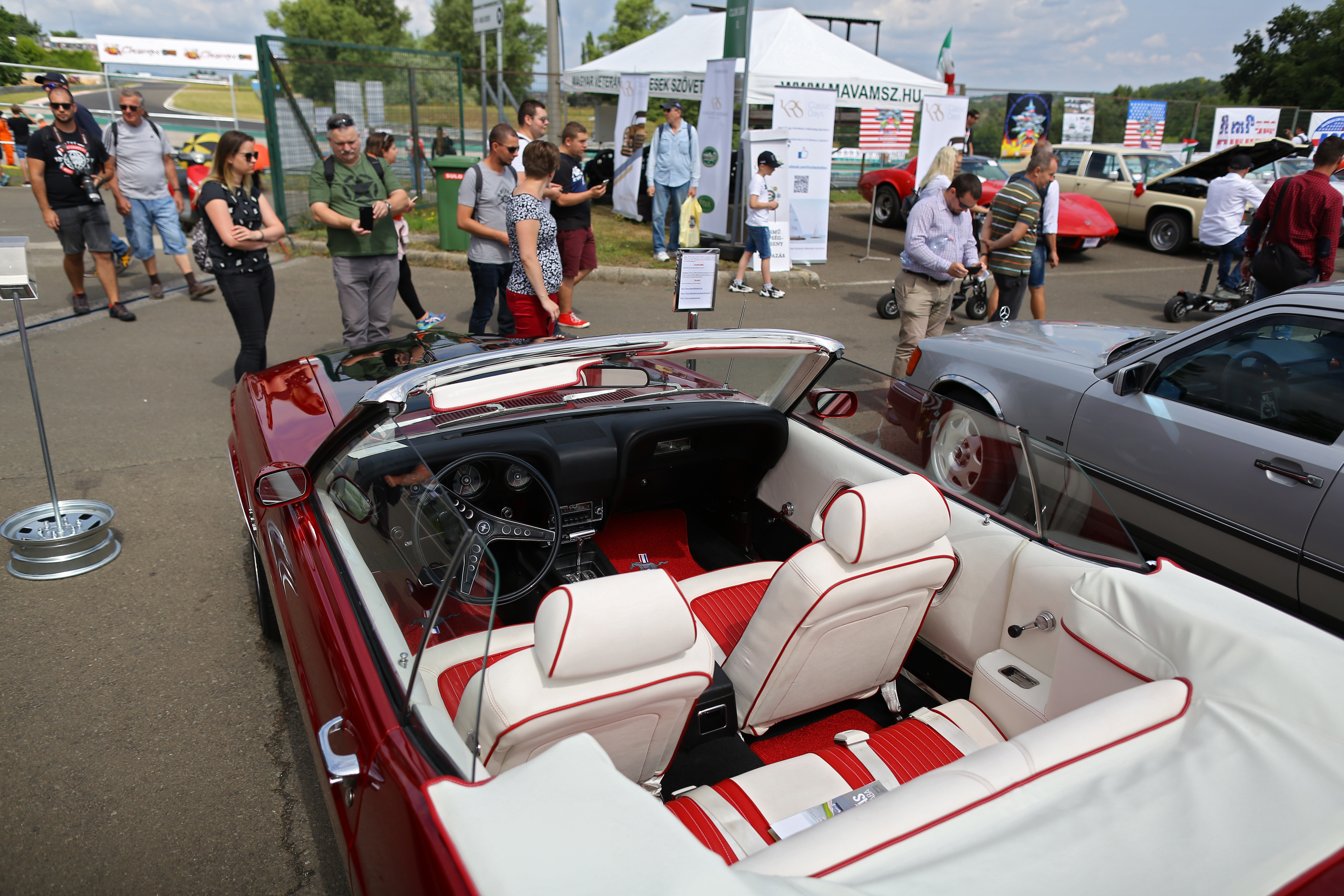 And what happened on the race track? There were six races today, the spectators could watch overtaking, spins, and full action.

At the first race of the morning, drivers and cars of the Heritage Touring Cup battled against each other. This series recalled the glorious era of Touring Car European Championships, the sixties, seventies and eighties. Victory was claimed by Michael Erlich driving a BMW 3.0 CSL.

Drivers of Group C Racing series completed two races at the weekend. At the second one on Sunday Pierre-Alain France, Erwin France beat Mike Wrigley, winner of Saturday in a close battle.

Race of the Classic Endurance Racing 2 category was much clearer. Maxime Guinat with a LOLA T 286 from 1976 dominated and won by almost 1-minute gap. Though the spectators were not bored during the one-hour race, because the cars, mostly from the seventies, recalled the legendary era of the world’s motorsport.

Classic Endurance Racing 1 was won confidently by Claudio Roddaro with a Porsche 917 from 1969. It was one of the most special cars in the field, the factory won its first overall Le Mans 24-hour race with this type (in 1970 and 1970). 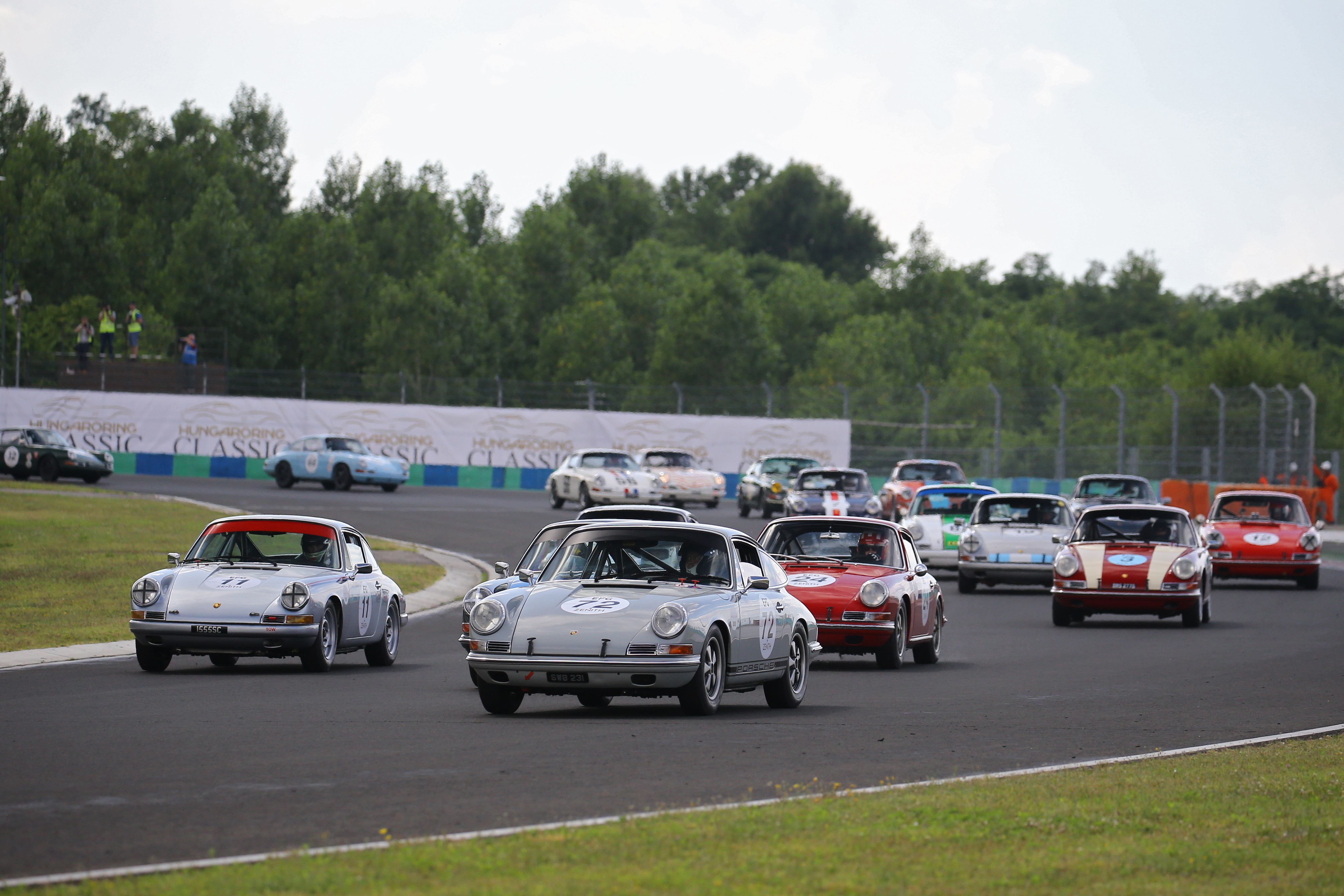 The Greatest’s Trophy is, as its name reflects, the series of the most special and the greatest cars, in which sport and GT cars from before 1966 raced against each other. Vögele family again excelled, though this time Carlo claimed victory and Yves, the winner of Saturday, finished second. In the evening both can drink champagne from a beautiful cup at the dinner table.

90-minute race of the 2-litre cars was the highlight of the day, because in this category all cars are of the same type, Porsche 911 meeting the regulations of FIA before 1966. So here only the drivers’ skills and routine made the difference. And not even one driver’s skill, because one car is driven by two drivers changing each other. Today Andrew Smith and Oliver Bryant were the bests.

Overall we can say that the field loved Hungaroring, the spectators loved and cherished the field, so to be continued!