The past is alive and runs fast!

Which car was the most photos are taken with on Saturday at the Hungaroring Classic? Certainly, with the Ferrari 250 GT Breadvan. Why? Because there is only one piece out there of it in the whole world, no one was indignant when it was “only” second in the Trofeo Nastro Rosso category race on Saturday, which was won by Gullermo Fierro with a Maserati T61. 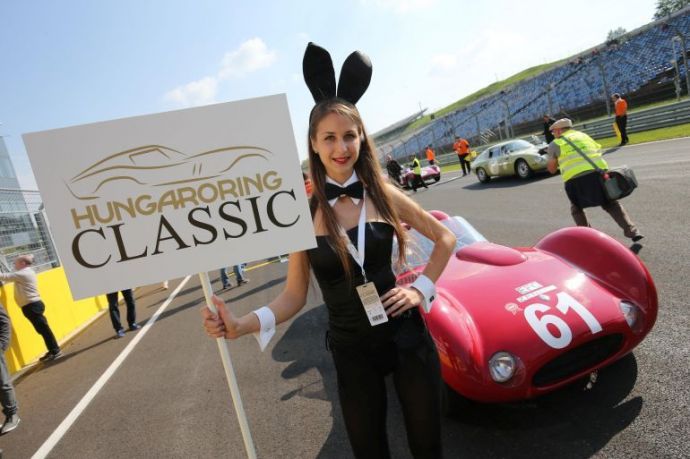 It can be concluded: not only practices, but real races are conducted on the Hungaroring Classic, what is being organized in Hungary for the very first time. The races are taking place in seven categories with the participation of race cars from the sixties, seventies and the eighties. One of them, the above mentioned Ferrari, manufactured in 1962 is really a special piece. The French call it a little truck, while the English call it as a bakery truck, because of its weird appearance. Its story is also a weird one. At the end of the fifties the Ferrari had a chief engineer called Giotto Bizzarrini. He was fired from Ferrari, but Earl Volpi asked him immediately to build him a race car. When Enzo Ferrari got to know this, he stated that he never sells cars to the earl again. 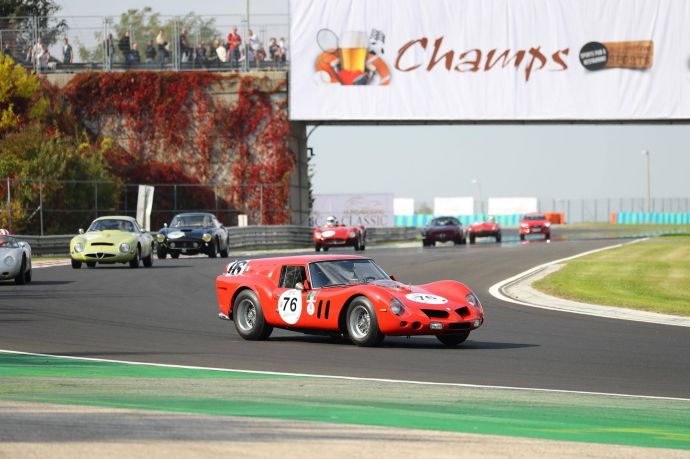 He did not have to. Because the genius engineer built a race machine (with a Ferrari engine and gear box) which won over the best racing car of the time, the Ferrari GTO on the La Mans 24-hour race. Not many people believed in it, because it had a weird, unusual shape and straight back (what was unusual at that time). And they were all mistaken. 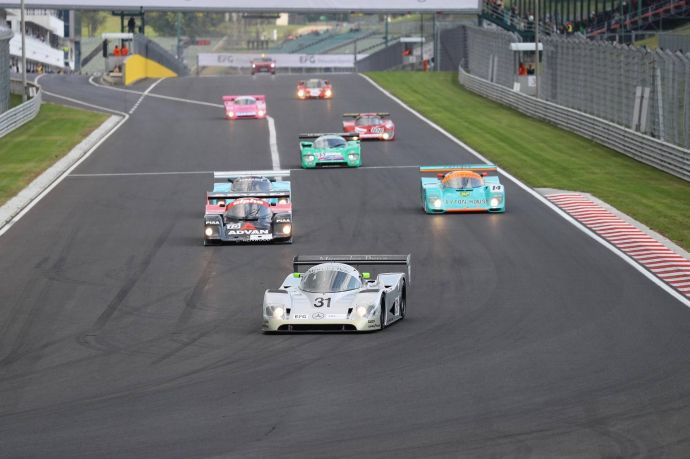 The Legendary Group C category was also won by a really interesting vehicle: Kriton Lendoudis was the pilot of that Mercedes C11, what was manufactured in 1989 and interestingly, on its side “Michael Schumacher” is written at the name box. Do you know why? Only six pieces were manufactured of this Sauber Mercedes. Three of them can be found at the Mercedes museum, three of them are privately owned. The one seen at the Hungaroring is the prototype chassis, this was the developer and test car. Can you guess, who was testing it continuously for a whole year? Yes, Michael Schumacher. The 900 horse power, extremely fast race car was manufactured more than thirty years ago, but could get in the ring with many of today’s race machines as for lap time. The second position was taken by Michel Lecourt and his also very special shape Porsche 962C. 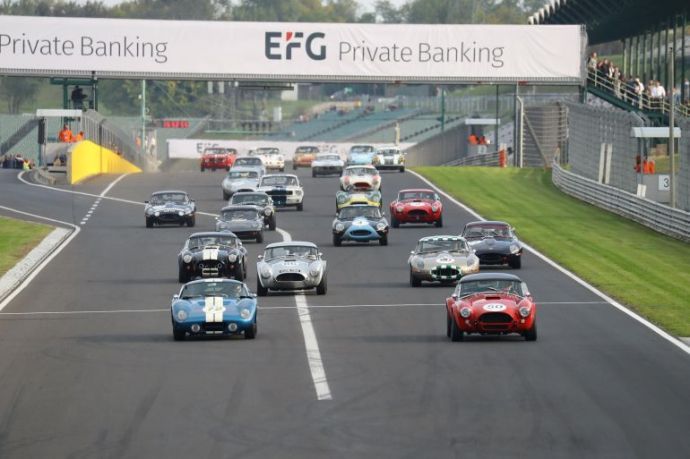 Have you ever seen a Shelby Cobra? In action? If not, definitely get a ticket for Sunday to the Hungaroring Classic, because it would be a pity to miss it! On the Hungaroring race, six of them will start on the Sixties Engurance category. The first two-hour race was won by Andrew Beverley with a machine manufactured in 1963. Probably no one is surprised, that pilots of the same type were celebrating on the second and third steps of the podium (Ben Gill and Charles Firmenich).
There was a category, where winner was awarded: in the Formula-2 category debuting this year a March (oh my God, do you remember this factory?) driven by Martin Stretton won ahead of a Rondel (!) driver, David Tomlin. 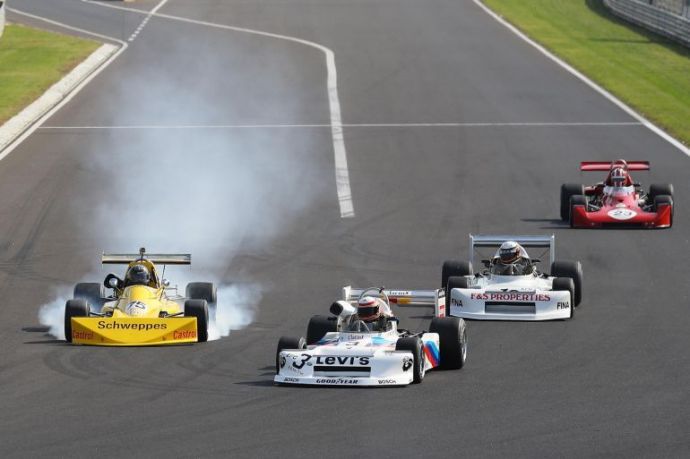 What’s coming up on Sunday? Racers of the same categories do another race, and in the meantime both fields of the Classic Endurance Racing category will be introduced. We have only seen them in practice, but that was enough to figure out that the true race will be a very fierce fight. 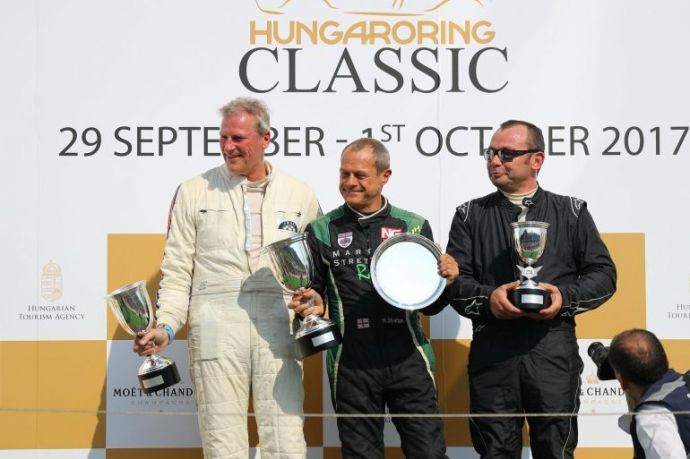 Certainly, we must mention what is taking place in the paddock, and the lower parking lot of the Hungaroring, because it is miracle: the most beautiful old timers of the country (and neighboring countries) gathered here. Their owners are proudly introducing them to the wide public and roll up with them to the Formula-1 asphalt stripe twice a day.
When they return, they listen to the live music, chat with the acquaintances and enjoy the event. Many guests and spectators have heard the call of the organizers for entering the event in contemporary clothes, hairstyles, hats, scarfs and ties of the sixties and seventies.

Hence, we can bump into hippies, pin up girls, dotted skirts and headscarves, hats in all quantities. This makes the event more special, this interesting, one weekend time travel.