Never ever has Hungaroring seen so many dotted dresses and golf caps! And neither so many wonder cars! Mambo or rock and roll music is coming from the megaphone, barber shop and clothes lender in the style of the sixties, only the variety of streetfood suggests that we are in the 21st century. Hungaroring Classic is a real journey through times. It was already extremely popular at its debut two years ago, but interest has just intensified since then, and all members of the family can find their way to enjoy themselves.

However, the focus is on the cars of sixties, seventies and eighties, because firstly, it is a race. Although it is different, because here the beautiful and expensive cars are not closed from the spectators at all. Fans are more than welcome in any boxes, they can have the chance to look at them and make photos or just touch the cars, while the drivers, owners or mechanics are ready and even proud to talk about their own machines.

But let’s see the races of Saturday.

Besides qualifying sessions there were races in three categories. In The Greatest’s Trophy the classic cars of the endurance races in the 50s and 60s raced against each other. In the series, previously called Trofeo Nastro Rosso, dominating by mostly the machines from Italian factories and GT cars, Yves Vögele finished first. It was his first victory this year with the Porsche 904/6 from 1964, and that was not easy at all, because ‘the track was slippery that made the car instable’ as the experienced driver explained. 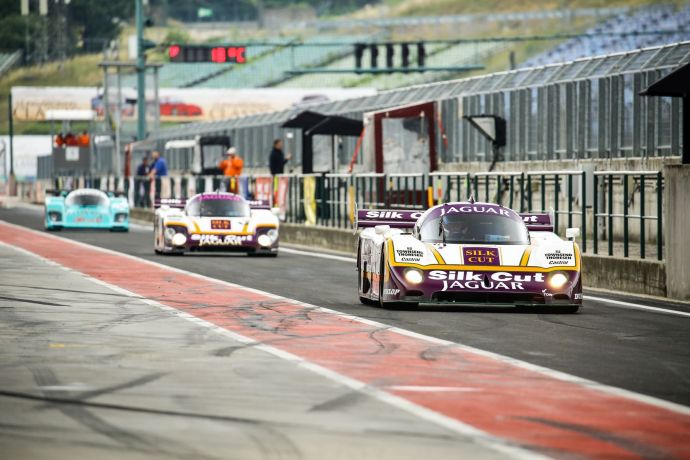 In the invaluable cars’ category Peter Muelder could step on the podium as second with a special Bizzarrini, and another Vögele, called Carlo finished third. The most exciting moment of the race was a collision of two 8-million-dollar cars, both Alain Vögele’s Alfa Romeo and Jan Gijzen’s Ferrari landed in the gravel. Streminski (Nr. 40) did not finish the race either with his Tojeiro Climax 1100, that was one of the oldest cars of the field, he spun on the wet surface, but fortunately did not crash anybody, so his car remained hurtless. 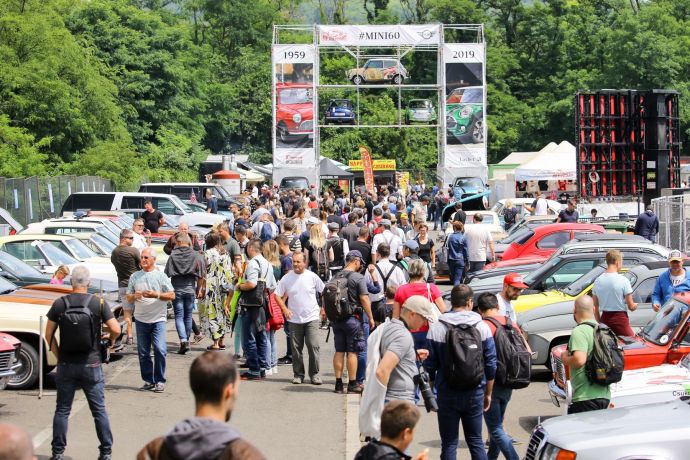 In Group C Racing series cars from between 1982 and 1994 compete against each other, though in Hungaroring Classic the cars were mostly from the end of eighties and early nineties. Mile Wrigley was the fastest, though only by 0.68 second. The Spice SE89C-003 raced in American IMSA championships between 1989 and 1991, where it finished at podium places six times. Michel Lecourt and Raymond Narac finished second with Porsche 962C, that is one of the last cars of the legendary type. The car was made for the Japanese, but it never raced, so presently this is the car of the best condition, because it races only in Classic series. Tony Sinclair could step on the podium as third with a Spice. However, the fastest lap belonged to Allard Kalff, who started with a 10-lap ban. He previously worked as co-commentator for Eurosport.

In the Sixties' Endurance, that was once a real top category, drivers completed a two-hour race. The races of sport cars produced before 1966 James Cottingham and Andrew Smith won with a Shelby Cobra 289, they were followed by Richard Cook/Patrick Blakeney-Edwards and Mahe/Scemama.

Tomorrow there will be six more races, car beauty contest, fashion show and many more interesting programmes in Hungaroring Classic!